Over the many years I have known Morph he has always held the throttle wide open. Full speed, one hundred percent committed and head first. There is no hesitation of caution about his skateboarding, and he is not intimidated by brutal terrain. He will cop a beating on a trick that will make your eyes water, he won’t stop until he rolls away in his trademark crouched style.

All these photographs were taken over a couple of days on the road in the South Island of New Zealand. He was nursing an injury, I had seen him a couple of months before with a full cast on his ankle to his knee and a cane. That didn’t stop him rolling into Lynfield bowl!

He may look like a Warlock’s understudy, but he is a kind hearted, considered bloke and loyal to his friends.

Hope to roll with you again soon mate 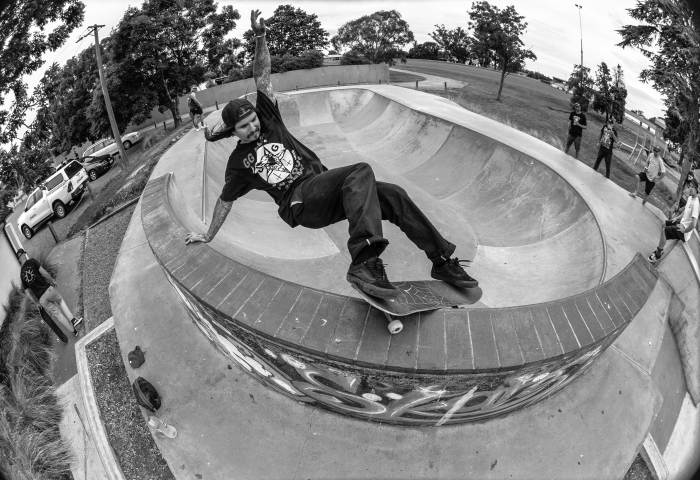 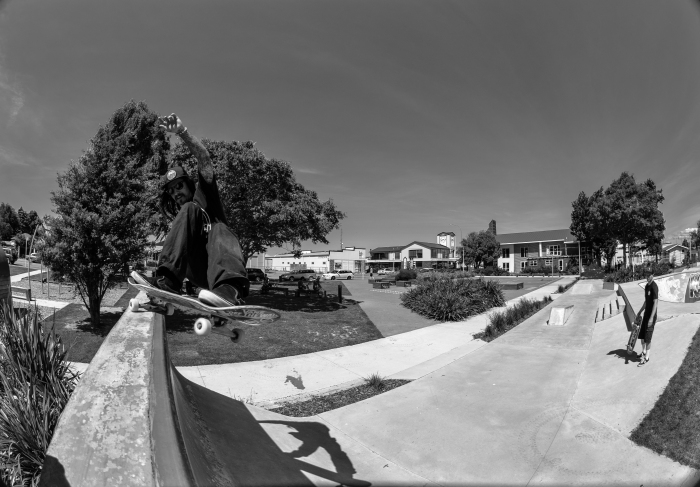