Jesse Beaumont had been on the tools for a few months leading up to the opening of the recently rebuilt Megaranch. We managed to get a pass due to all his hard work. Cheers! We were down that way in Leongatha camping and skateboarding to celebrate Dan’s 40th. I didn’t snap any photos the whole camping trip unfortunately, I was having too much fun!

It was also the opening of the megaranch, and the owner’s 40th. It is in the middle of nowhere, however one of the neighbours complained so the whole thing had to be moved. Peter Wilson built the massive structure for his son Keefer and daughter Aaliyah, and for the wider Australian skate community. It was a massive undertaking originally as it was. It then had to be pulled down and rebuilt after a lengthy court battle.

A few of the crew padded up and rolled in from the landing to the 27ft quarter and let me tell you, it was terrifying. I knew when Cunnaz was struggling to keep it tidy on the flat I was going to have a few issues, I’ve never seen him out of his depth on a skateboard! I had half a dozen kickturns in I left it to the crew that knew what they were doing!

I only had the camera out for half an hour and didn’t really shoot the gap. Maybe another time.

Thank you to the Wilson family for their hospitality and for making this amazing resource become a reality. In the years to come this facility will change the lives of the next generation of skateboarders that ride it.

The “resident kid” Keefer, blasting for hours in the heat. 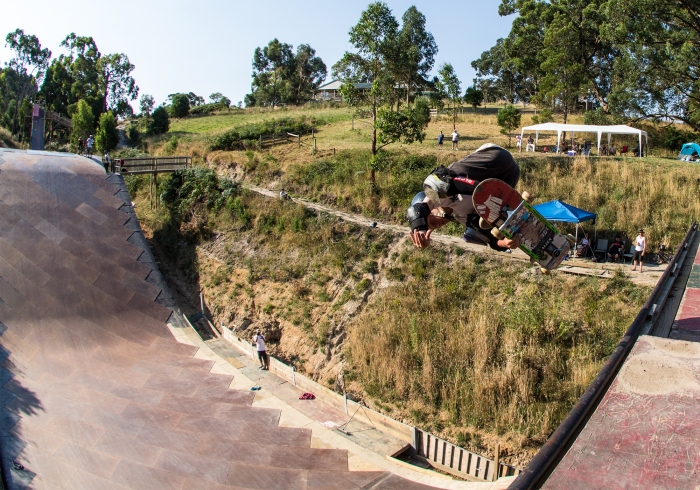 His younger sister Aaliyah was clearing the gap all day

Tom was shredding, another young kid with a big future.

Tas’ boy Billy was clearing the gap and giving it more than us old NSC blokes!

Fink about to drop in. Riding this beast on quads looked terrifying!

Renton is always incredible to watch, he has been in excellent form lately. Weird trick to shoot but this is a bigspin (540′ shuv it)

Not a pivot or bonk, this is a nosegrind…on a 27 foot quarter

Tas warming up with a stylin’ grind

RJ was looking relaxed. Like he was skating a backyard mini. He has been in the top five of Australian transition destroyers for a decade now. That’s a big call I know. I doubt anyone that has witnessed him with his foot flat on the accelerator would disagree. This bail shows how full on the tick is and the high stakes. That coping has no platform either! 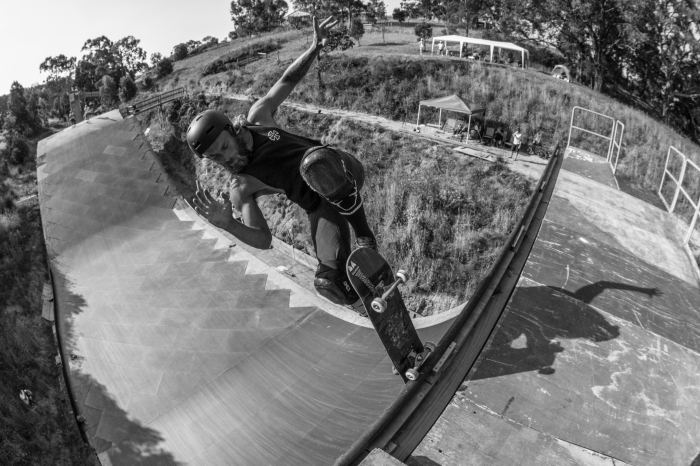 Cruising in that morning sun through a dry country #roadtrip #morning